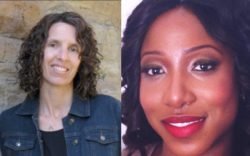 The DDPI Racial Equity Social Justice (RESJ) Committee has been officially formed and its terms of reference approved by the DDPI Board.

What follows are two letters, from Betty J.B. Brouwer, Chair of DDPI Board, and Shani Sephton, Chair of the new Racial Equity Social Justice Committee. The RESJ Committee is integral to the future of DDPI and evolution of DDP.

If you are interested in joining the conversation, please email the DDPI Administrator at ddpi.admin@ddpnetwork.org.

You may have noticed that DDPI did not put out a Black Lives Matter statement when so many organizations were, this was because it felt like to issue a BLM statement would have been more self-serving than authentic. As the Board we have started our learning journey which has involved naming and addressing our privilege, implicit bias and the impact and harm we may have caused to others.

This has involved the Board initiating a working group following the AGM at the Kansas DDPI conference, to explore and support DDPI in making changes. That working group has now been officially endorsed as DDPI’s Racial Equity Social Justice Committee. This is part of our stance, our pledge and commitment. I am thrilled to introduce Shani Sephton, Chair of RESJ who will introduce herself and the committee. I am excited for the journey that DDPI is committed to embarking on.

My name is Shani and I am a therapeutic Social Worker and the Chair of the DDPI Racial Equity Social Justice (RESJ) Committee. I am passionate about breaking the cycle of structural inequalities which allow racism, sexual orientation discrimination, gender ideology, diasablism and ableism and any other forms of inequality. I have always gone the extra mile to promote equality and inclusion as they are core values of my being.

So a little about myself, I am a working class Black British female of Caribbean descent. Growing up as a 3rd generation offspring to Windrush grandparents has created many challenges for me. I have lost my identity and adopted my slave owner’s surname and language. I am not considered “Black enough/Caribbean enough” due to being born in the UK, using well spoken English and navigating in a profession which is dominated by “White Space”. On the other hand I am not “British enough” as I have dark brown skin, coily hair, loud personality and am assertive/passionate by nature, and my obvious differences separate me from the majority race who automatically use the term ‘British’ to unconsciously describe people who don’t look like me.

So where do people like me fit in? Nowhere!

The unconscious biases and the systemic inequalities entrenched within society have made it difficult for people of colour and people of difference to access racially sensitive therapeutic services. Whilst this may be a sensitive topic, it is a conversation I would like to start exploring within DDP and the wider community to ensure that as an organisation, we are able to meet that needs of all the lost voices we have not spoken to before.

I am writing to you to officially introduce RESJ and to say that we stand in solidarity with the Black Lives Matter movement.

It is difficult to put into words the sadness and pain that myself and the RESJ committee feel as we have witnessed the senseless death of George Floyd in police custody. The recent deaths of unarmed Black men and women at the hands of police in the United States and the discriminatory treatment and disproportionate health impact of Covid-19 on people of color have shined a spotlight again on the dominant culture and their facilitation of norms that decide whose lives matter most. This is a call to action to make a positive change for an equitable future to those in our oppressed communities.

As a network of therapists, clinicians, social workers, child care workers, and parents we understand the magnitude of this racial trauma, both complex and singular to the lives who witness and experience it.

We are committed to working towards change within ourselves and our community. We stand in solidarity with the Black Lives Matter movement, LGBTQ+ rights and disability rights organisations.

So what is DDPI doing about oppression and racism?

Almost a year ago, DDPI began a very long overdue journey towards examining its own implicit biases and complicity in oppressive and racist actions. These actions have inadvertently, yet consistently, created barriers to learning, professional advancement and certification for therapists and case workers of color, those from the LGBTQ+ community and non-able bodied professionals.

The RESJ Committee, in collaboration with the DDPI Board and DDP Connects UK Board of Directors, is committed to dismantling implicit biases, by addressing structural racism and its insidious influence on our work as practitioners and human beings. It is our goal to create a space where others can feel seen fully, heard clearly, equally and equitably. We must work collaboratively to engage in difficult conversations, that may be difficult or new for some whose identities are linked to power and privilege in our society. At this time, we are asking DDP Community Members to take a step forward in their journey to engage in dialog together.

DDPI board, RESJ Committee members and DDP Connects UK Directors have been reading White Fragility by Robin D’Angelo (published by Penguin Random House) and Me and White Supremacy by Layla F Saad (published by Quercus). We are organizing virtual meet-up groups to reflect on these works together.

If you are interested in joining a reading and reflection group, please email the DDPI Administrator, Michelle Chin at ddpi.admin@ddpnetwork.org.

Members of the RESJ Committee, DDPI Board and DDP Connects UK Directors will be attending two day training organised by the Black African Asian Therapist Network called The Challenge of Racism in Therapeutic Practice on 11th and 12th July 2020.

We will be inviting everyone in the DDP community who will also be attending this training to join members of the RESJ Committee at their first official discussion group on 15th July 2020 where we will be reflecting on the learning gained from The Challenge of Racism in Therapeutic Practice training.

3. RESJ engagement with DDPI Board and DDP Connects UK (CIC) Board of Directors

The DDPI Board and RESJ Committee will begin a long-term and ongoing dialog about embedding the dismantling of oppression and racism in DDPI’s strategic planning goals in early July at the our sponsored Meet, Greet & Reflect online meet-up.

4. RESJ engagement with DDPI Trainers to improve training experience and the materials used

The DDPI Board and RESJ Committee will seek to engage and collaborate with DDPI Trainers and the Training Materials Committee about ensuring that issues related to racial trauma, transracial adoption, LGBTQ+, and white privilege are integrated into the content of training and even more importantly the experiential environments and conversations that occur during all DDP trainings, study days, and conferences.

We want to begin a dialog with the entire DDP Community.

In particular, as we are forming right now we would really like to hear from community members of color, LGBTQ+ members, and non-able bodied members who are also passionate about promoting equity and inclusion in DDP Practice, Psychotherapy, Supervision and Training.

We understand it might be a big risk to reach out if you have not felt seen or acknowledged by the DDP community before. We thank you in advance for your courage and want to let you know that if you reach out, an RESJ Committee member will be there to connect with you.

Please email the DDPI Administrator at: ddpi.admin@ddpnetwork.org to take the first step forward.

We believe that we can enact change through education and collaboration, this is just the beginning of an ongoing dialog and evolution of our community.