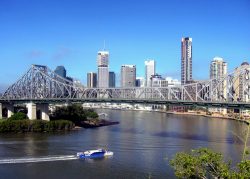 Kim will be travelling to Australia and New Zealand this October and November to carry out a range of DDP training for Compass Seminars.

The events in Australia will take place at venues in Brisbane, Townsville, and the Gold Coast. More information can be found on the Compass Seminars Australia website, most of them are full although there are waiting lists. Events are below:

Kim will also visit Auckland and Christchurch and this will be the first time DDP Level One training will be delivered in New Zealand. These events are through Compass Seminars New Zealand, they’re sold out but there are waiting lists.

Dan Hughes will be following up with DDP Level Two training, June 2017 in Auckland.

Dan previously delivered DDP Core training in Australia in 2014, this will be the first time Kim has provided DDP Level One training in the Antipodes.

For more information Kim Golding’s website can be found here and you can also find her on Twitter.