The next West Midlands DDP Study day in Worcester has been scheduled for Friday 5th October 2018. The event is facilitated by…

The next South West DDP Study day, Taunton, Somerset on 7th March is fast approaching and this is your last change to…

A new DDP Interest Group for the South East is beginning this November in Brighton. Sarah Morse is starting this…

Last chance to book your place on the South West Regional DDP Study Day, 24th May, in Taunton, Somerset. This…

Join us for the Worcester, South West and Nottinghamshire DDP Study Days

The 2017 DDP Study Days for Worcester, the South West and Nottinghamshire are now taking reservations. Running this April and…

The schedule for the South West DDP Study Day on 4th May 2016, Taunton, Somerset has been published. The Study Day will…

The next meeting of this free DDP Special Interest Group is coming up soon on 18th Jan 2016. Organiser: Philip McAleese,…

Kim Golding is hosting the day and says: The next Worcester Study Day will be on Friday 19th February 2016.…

Visit DDP UK Events to find 2016 Level One trainings. People have been asking how to book a place for… 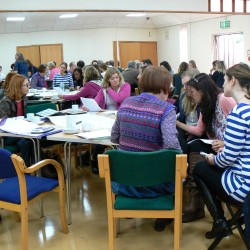