The experience of running a DDP Interest Group 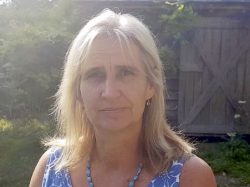 It was run by Jane Hughes, Clinical Psychologist and DDP Practitioner in Training, and was a clear success with the next meeting scheduled for 28 February 2020.

Jane has kindly written of her experiences at this SIG in an article which has been added to the DDP Library.

On a cold and frosty morning an intrepid group of DDP Practitioners made their way to the hidden depths of Totnes Cinema, the venue for the very first DDP South West Interest Group or SWIG. The fire was lit, the coffee was on but despite this it was hard to stay warm. However, the conversation was lively and the time flew by…
Jane Hughes


The whole article is available for download in the DDP Library;

If you’d like to join Jane for the next meeting in February please see the South West DDP Interest Group, Devon event page.

We are lucky to have two South West Interest Groups, Jane’s in Devon and one run by Laila Jamil for the Dorset Area, South West DDP Interest Group, Dorset, the next meeting of which will be on 5th December.