TouchBase Centre CIC are looking for a DDP Consultant for the position of Clinical Lead and DDP trained therapists, both…

The first South East DDP Interest Group, Brighton, went down a storm. Lots of excitement about developments at DDP Connects…

A new DDP Interest Group for the South East is beginning this November in Brighton. Sarah Morse is starting this… 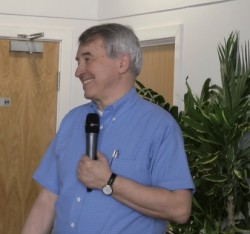 Dan Hughes will be coming to Brighton this October to run two, separate one-day workshops. The first on the 20th…