Dr. Dan Hughes, founder of DDP, will be presenting two new online webinars this November for parents and carers, and…

Dr. Dan Hughes will be presenting two live, online webinars with Family Futures this May. The webinars will specifically focus…

Dan Hughes will be introducing BASE ® Babywatching at a one-day conference in London on 25 April 2020. BASE ®… 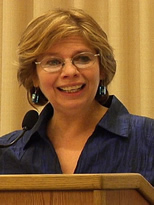 Due to the very high level of demand, the DDP InternationalConference April 2019 has now sold out. Organised by Alison…

The 2019 DDP International Conference in Stratford-upon-Avon has proved extremely popular. Organised by Alison Keith and Vicky Sutton, with the support of DDP Connects…

Bookings are now being taken for the 2019 DDP International Conference in Stratford-upon-Avon, UK. Organised by Alison Keith and Vicky Sutton, with the support…