Crossreach Childrens Services residential social work staff braved the unpredictability of the Scottish weather during the Level 1 in March.…

Groundbreaking News! Crossreach Children’s Services (residential care) and Moore House Care & Education, both based in Scotland, are the first… 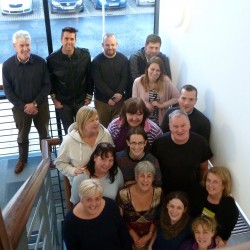