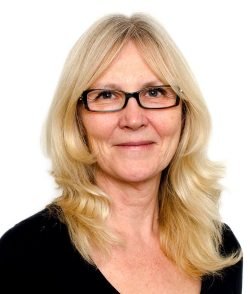 Please join us in celebrating DDP Practitioner and Consultant, Pam Tower on her retirement as a DDPI Member.

Pam has been part of the DDP community since the beginning, she was trained by Dan Hughes in the early 2000s and was an early member of the DDPI Board.

Long before this, Pam had been tirelessly working to change the lives of children who had experienced developmental trauma. One of the ways she did this was through working with UK judges and the courts to forge relationships, to educate and support those with power and responsibility to find new ways to do things. Her contribution to DDP has been vast.

Pam has provided a reflection called “I thought I knew how to help troubled children, then I met Dan!” for the DDP Library. In this article she explores her professional life, the impact of meeting Dan, and nearly 20 years of practising DDP with traumatised children and their families. She also shares with us what she has learned about working with DDP and the need for ongoing community support in order to practice well.

We have included below three personal reflections about Pam, the first from Dan Hughes, the second from Mikenda Plant, and third from Maria Silvina Gioseffi.

She will be greatly missed, we extend our love and appreciation to Pam and we wish her well in her retirement.

“It has been so good knowing Pam over the years as she joined her mind and heart with ours in the joint commitment to developing DDP. She brought to this journey her well-reasoned ideas as to how best to present DDP to others and also how to develop policies that ensure that those who practice DDP are dancing to the same tune. Pam also brought her sensitive, gentle and enthusiastic presence that left one feeling her full engagement and support.

I recall Pam fondly when I think of the regions in northern England who were funding the training of some DDP practitioners because Judges had ordered that some foster children receive DDP therapy. When I wondered how that had happened I learned that Pam had been the expert witness in court hearings and the judges were following her recommendation as to the best needs of the child. I was also impressed how Pam was able to obtain funding for a child’s therapy because she recommended that the therapy be time-limited and I realized that the number of hours that had been approved was actually quite generous. Pam seems to have a knack for getting things done.

Pam’s presence over the years has been steadying for DDP while at the same time she has created a sense of compassion for the traumatized children we try to assist and confidence in our efforts to make a difference in their lives. She never seemed to forget why we were doing what we were doing.

Thank you, Pam, for all that you have given to DDP and for giving me the opportunity to come to know you. I look forward to the next time we meet somewhere in the UK to share some memories and laughs, while of course also wondering about what lies ahead in the stories of our lives.”

“I first met Pam in 2011, when I was a member of a DDP supervision group, for which she was the consultant. Pam was warm and wise. She guided me through the practicum, holding high expectations, sharing her expertise and sprinkling the process with humour in a way that made it all interesting and challenging but not too scary.

I have Pam to thank for helping me to take my first steps into independent practice. She had been providing therapeutic support for an adoption agency in Nottingham for a long time and as she was planning her retirement, she encouraged me to start working alongside her. I was influenced greatly in my approach as a DDP Practitioner by the referral and assessment processes and creative ways of working that Pam had developed and which she kindly shared with me.

Pam has an enthusiasm and energy that can make a daunting prospect seem achievable and a great way of communicating her appreciation and belief in you. It gave me confidence to take on new professional challenges, I think in much the same way that she inspired countless parents and families that she supported, to believe in themselves and recognise their strengths and abilities. Pam has a generosity of spirit and gives of her time and attention, in a way that engenders a sense of containment and safety and brings out the best in people.

During the next few years that I worked as a therapist, I heard many testaments from adoptive parents and also from adoption social workers, of how much they had valued their relationships with Pam and the life changing work that she had done with them.

Pam has encouraged me in writing my Moffle picture books and for this, as well as all of the other ways that she has been a mentor and a greatly positive influence for me, I thank her and wish her a long and happy retirement.”

“I owe Pam a massive thank you. She has been an amazing supervisor and has supported me with the development of my DDP skills. The way she embedded DDP in her supervision style is very much present in the way I feel I am now offering supervision to other colleagues and practitioners and I am grateful for both, her honest feedback and her permanent encouragement.

Over the years, Pam’s support expanded beyond the supervision session as she became witness to the growth of my family and the family losses I experienced as well as the current family health concerns. I think we both share our passion for the work we do as well as the immense love and pride for our own families. I am already missing Pam and feel honoured at the same time to have been asked to support professionals previously supervised by her.

I know Pam is thoroughly enjoying the extra time she has for her grandchildren and I wish her a really happy new chapter in her life and a healthy retirement with her family and friends.”

You can find Pam’s reflection in the DDP Library, link below:

I thought I knew how to help troubled children, then I met Dan!